This is a blog series about optimizing my energy consumption with IoT-TICKET®. Basically I am controlling the energy load of my house as optimal as possible taking electricity price, own solar energy production and weather conditions into consideration. In this blog post I will describe the technical part and tell how it was implemented. See my previous posts about functionalities from here.

The overall architecture of the system is illustrated in the figure below. Basically IoT-Ticket -the Internet of Things platform and WRM247+ IoT gateway is used to implement the system.

Figure 1. Overall architecture of the system 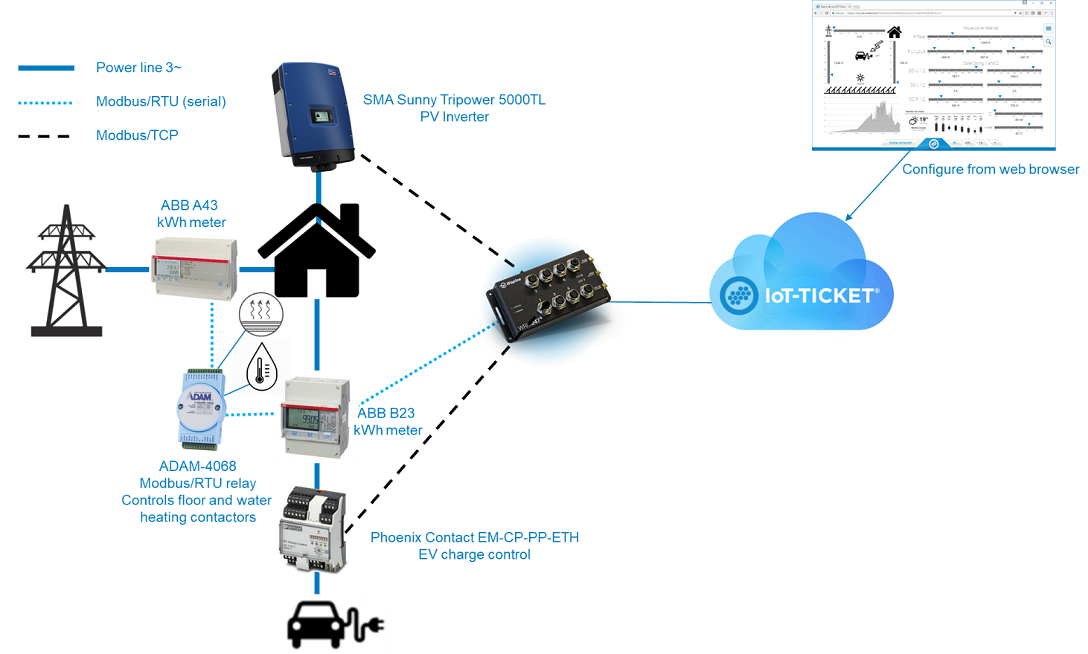 Figure 2. Active components in a system

All sensors (e.g. 1-wire temperature not shown in the figure above) and active components are connected at home using WRM247+ terminal which is one of the data acquisition gateway alternatives in IoT-Ticket platform. Active components are connected using Ethernet (Modbus/TCP) or serial (Modbus/RTU). All configuration is done in web browser with IoT-Ticket enterprise manager, for example below is a data tag located in the ABB A43 kWh meter Modbus/RTU register: 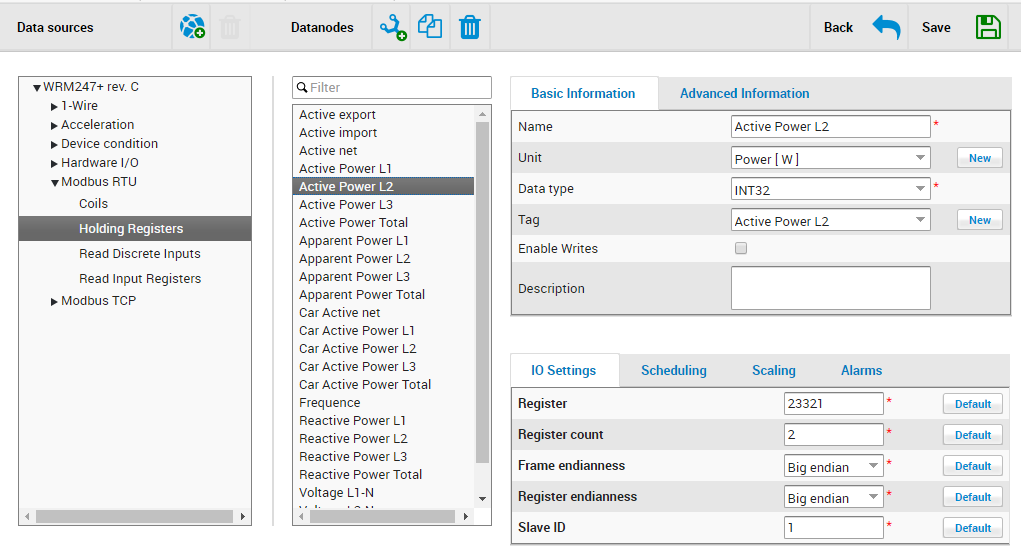 After the data tags have been defined (example below) they can be utilized in IoT-Ticket platform. 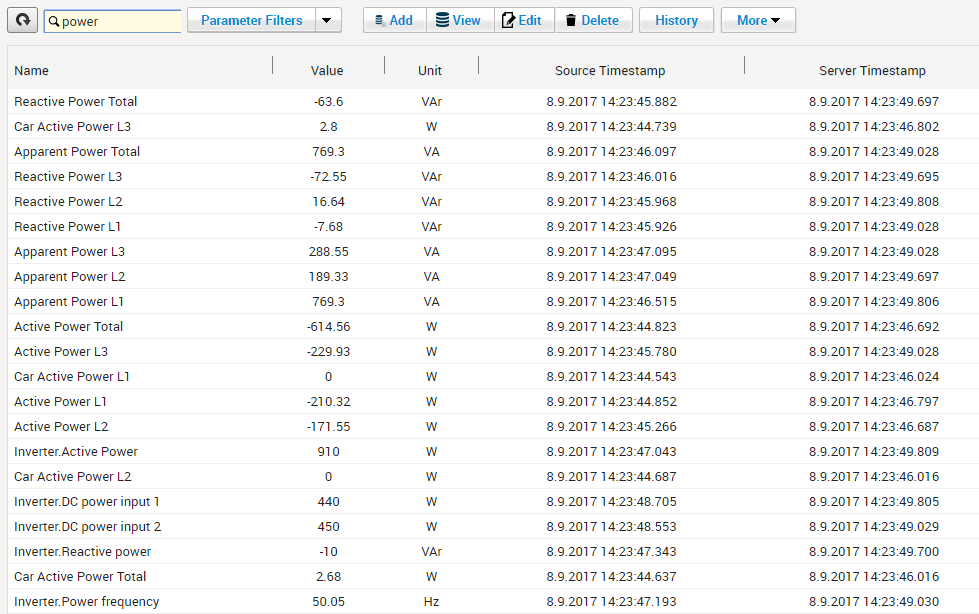 SMA Tripower 5000-tl is a PV inverter which converts DC power from the solar panel to AC 3 phase 230V power. From the inverter we are mainly interested in producing power, but the inverter can also provide detailed diagnostic information for the geeks. SMA inverters has SunSpec register format which is very well defined and SMA has its own FAQ section for Modbus developers as well.

Basically any IEC 61851-1 Mode 3 charger could be utilized if such a device could be externally connected. There are many in the market, but I am not satisfied with their prices, therefore I built my own using Phoenix Contact EM-CP-PP-ETH EV Charge Control and EV-RCM-C1-AC30-DC6 Differential current monitoring for monitoring DC residual currents. DC residual current monitoring is for additional safety because DC fault current might blind RCD type A to trigger. Such DC fault current source in EV charging setup might be isolation fault in Power Factor Correction device (PFC – used to meet EMC requirements) in a car.

Charge station is very simple, much like any other electric device in a house or building. It requires a professional electrician and that electrical safety regulations are fulfilled. Next figure is a connection diagram for my charging station and it is taken directly from the Phoenix Contact application examples.

Electric vehicle charging cable in this case is Type 2 connector which has N, PE, L1, L2, L3 and:

From the charge controller I have the following data tags connected via Modbus/TCP:

I am using “EV status” in a dashboard to visualize charging status. IoT-Ticket flow is used to control “Set charging current” as well as “Enable Charging process”. The algorithm is pretty simple:

For example, look how this algorithm is implemented in the IoT-Ticket flow:

The Dashboard (user interface) is simple, it just contains information about charging status and a Manual checkbox which I turn on when I want to charge my car without intelligence and with full power immediately. In IoT-Ticket one can create mobile layouts for dashboards, here I have done an UI as simple as possible because in practice no more is needed. 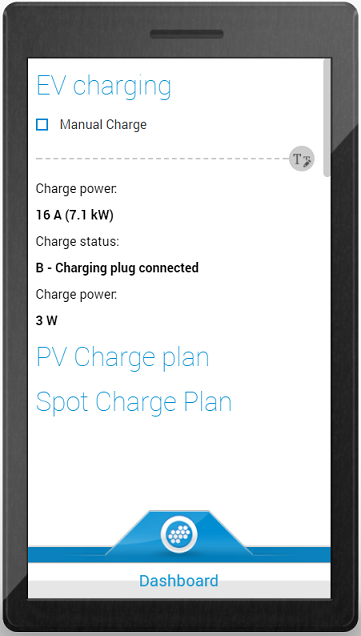 Controlling of house energy load including floor heating and water heating is implemented using ADAM 4068 Modbus/RTU relay. This relay controls contactors already existing in the electrical center. As a backup there is a manual bypass switch because this implementation is relative beta and I am currently developing it.